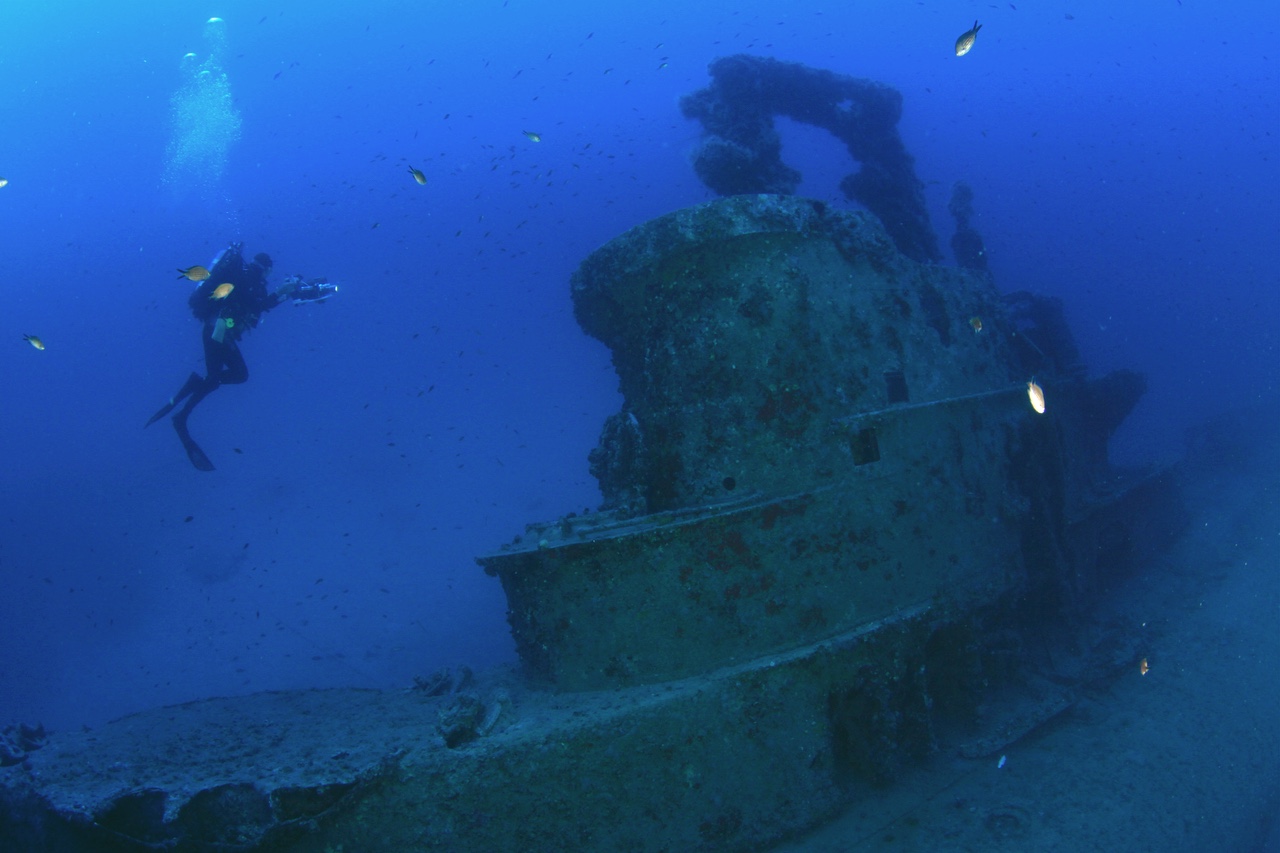 HMS Stubborn was a 66-metre-long S-Class submarine which was launched on 11 November 1942. She was involved in many successful attacks on German ships and submarines in the Bay of Biscay and Norway before being deployed to the Far East in 1945, where she was successful in sinking three Japanese vessels. Unfortunately, she hit a depth charge and sank, hitting the bottom at 166m (design limit of 90m!) damaging the stern section. She returned to Malta where excessive damage was noted and she was scuttled off Qawra Point to be used as an ASDIC target (sonar practice).

Dreaming to dive a submarine!

This is dedicated to an old dream of mine, that came true almost 18 years ago and now I wish to share this story with you…… Submarines have always attracted my attention. I’ve been curious to learn, how they operate, what keeps the submarine buoyant and how the submariners live beneath the waves. I used to dive deeper into history and technical specifications and discover the answers to my questions one by one. But a visit to a real Royal Submarine has always remained on my bucket list.. The reader must understand, that one doesn’t really get a chance to see or visit a submarine in Malta. We can only read about them & admire the images.

Although, in late 90’s I used to hear a lot of stories about the 4 wreck Submarines, sunk or scuttled around the Maltese Islands. One of them, HMS Stubborn, was scuttled in 1946 at a depth of 56m, which was a great deal for me at that time. The HMS Olympus got lost during the IIWW and it’s location is undefined till this very moment. The other two legendary submarines did not leave much traces after the explosions, happened on them during the II World War. From that time I knew I had to dive the wreck of HMS Stubborn!

Preparing for the wreck dive

Due to the depths in which the wreck lies, helium is a requirement both to reduce narcosis and to reduce the decompression time. I had to undertake the normoxic trimix course, which allow you to take these depths safely – and with a clear head to remember the dive. To spice things up the course qualifying dives are usually conducted on the wrecks. Undertaking the courses in Malta also means that you are almost guaranteed fine weather and superb visibility – something you cannot guarantee in other places. Looking back, the ride from St. Paul’s Bay to the dive site 18 years ago would take us around 1 hour! Today we have a luxury of diving with our own boats, starting the trips from Mellieha Bay, which maximum takes about 20 minutes.

Upon the arrival to the dive site we kitted up, clipped the decompression stages on and rolled back. Next thing we had to swim to the shot and do a quick bubble check at a shallow depth, before descending down the shot line. At 30m we could start to see the seabed 25m below us and at 45m I looked through my legs and saw a beautifully intact submarine lying on a barren white sand and shale seabed. I let out a whoop of joy at the sight! It had taken us only two minutes to descend the shot line, and after a quick check to make sure everything was where it was supposed to be, we swam off to the front to get some shots of the three bow torpedo tubes.

We also found another hatch at the stern. However, we were nearing our planned bottom time. We looked back at Stubborn, as we began to ascend….
Swimming over this particular submarine, you could easily recognize the features; the wreck is still fully intact, tilting slightly to one side. The intact conning tower with the open hatches, the venting hatches, the sleek hydrodynamic bow section and finally the large torpedo tubes set back from the knife-edge bow. The top of the wreck is at 45 metres, there are 2 hatches open. The widest hatch is only 60cms in diameter with heavy sedimentation inside. The hatches are only wide enough to get a regular recreational set up through, but no diver in a twinset, so no penetration is advisable! 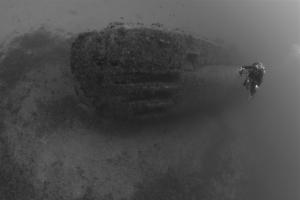 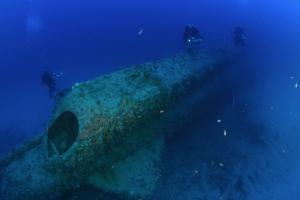 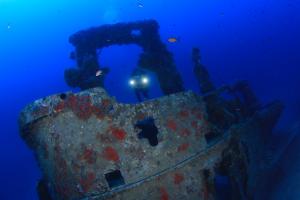